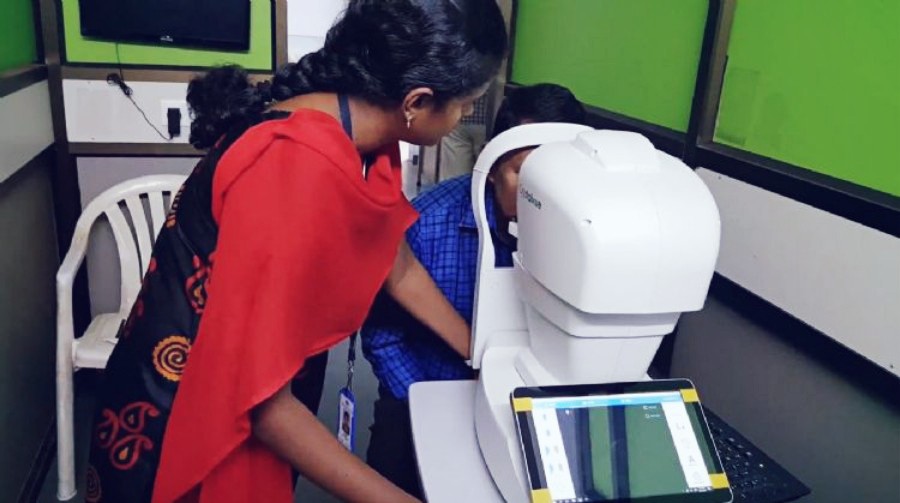 One of Google’s most promising research efforts has finally made it out of the lab and into the clinic.

Google said on Monday that it’s partnering up with sister company Verily on a project to screen medical imaging for two conditions that impact millions of people worldwide: diabetic retinopathy and diabetic macular edema.

Some 347 million people have diabetes worldwide, and these conditions are two of the leading causes of preventable blindness in adults. Millions of people at risk for the disease aren’t getting the treatment they need, especially in rural and low-income communities.

After years of research, the technology has made it into the Aravind Eye Hospital in Madurai, India. In a blog post, Verily product manager Sunny Virmani and Google program manager Kasumi Widner said the algorithms performed on par with both eye doctors and retinal specialists in detecting the disease in medical imaging. The companies, which are both part of parent company Alphabet, now have approval from European regulators to use the technology in the real world to screen for these common forms of diabetic eye disease.

In other words, the algorithm will see you now.

In the U.S., most efforts have focused on using these algorithms to help doctors triage, or sort through piles of images to prioritize the patients most at risk for the disease. At that point, a human expert can step in to make a diagnosis. But in other countries, with less regulation and even fewer doctors to treat patients in need, there’s a lot of potential for algorithms to make the actual diagnosis itself.

That’s why Verily and Google are targeting India, a country with a shortage of more than 100,000 eye doctors and an epidemic of diabetic retinopathy.